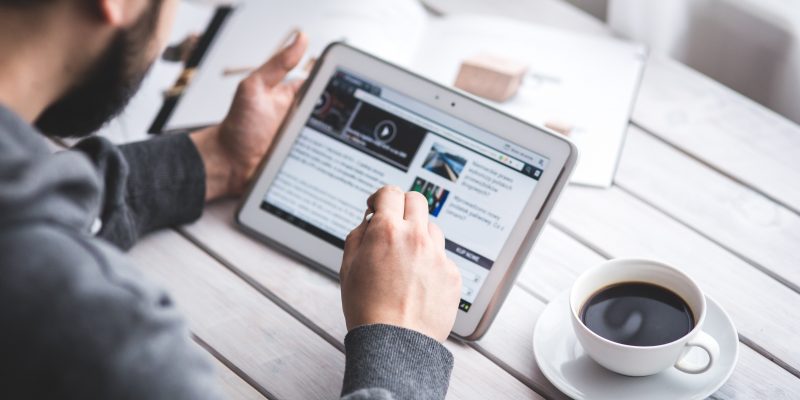 Have you ever launched your own online store and dealt with the Google Merchant Center by yourself? A lot of people have, and struggled with the verification process. Some even abandoned it completely. Today, I will cover my personal experience as a merchant dealing with different plugins, the Google support, and the process of what it took for my online store to get verified (finally!).

Getting Started with Google Merchant Center

At the start of my dealings with the Google Merchant Center, I was traveling around the globe with just a backpack, working different jobs and trying to start an online store all at the same time.

My friend and I had a contact in China for custom branded skinny jeans for men. They shipped via DHL and had a normal shipping time of five days to Germany. We got these jeans for a great price because the supplier only produced them for two more weeks before selling a new line. We had those set two weeks to sell all his products and get a good bonus from him. With this we wanted to start our own brand with high quality jeans from Portugal. We both were trying to figure out every aspect of the business, but I mainly focused on Google Analytics and the fulfilment of the products while my friend did all the photo and video ads, Facebook & Instagram marketing, customer support, and store design. We used Shopify because it was the easiest, most supported and had good integrations for fulfilment and customer support.

Having heard only good things about the Google Merchant Center, I was expecting great results from it. I watched every video and read every article I could about Google Shopping, best practices, and tactics for success. I created a rough outline of how I would promote our products on Google. It took us 3 days over the weekend to set up the store, do the basic keyword research, Google listings, and price calculation. It was now Monday. We had everything planned for our weekend sales starting on Friday evening.

In the app store of Shopify, there is one app, made by Google, called “Google Shopping”. I thought the plugin should be everything I need to get my products on the Google Merchant Center and set up a Google Smart Shopping Campaign. Well, it didn’t.

The Setup was complicated because the importing process from Shopify didn’t transfer all the data from the products. The interface was, like no other Google product, extremely confusing and I had to read the complete documentation of the plugin in order to understand how to use it properly. I couldn’t figure out how to import one single product to the Google Merchant Center.

Luckily a friend of mine suggested a new plugin to me which he had previously worked with and had minimal issues with. But when I got started with this new plugin, I found that since the plugin was not made by Google, the integration was even more difficult to use. The import process was again complicated, but after a little research, I finally got it up and running. In the end, I got all the products over to the Google Merchant Center. It was a huge relief. If only I had known what would come next.

At this point in the story, I was working as a ski instructor in Japan, working every day because it was high season. As you can imagine, it was difficult to work online when I needed to.

After getting my products over to the Merchant Center, I was bombarded by problems in the diagnostics tab. As I said, the new plugin was not made by Google and didn’t have good documentation on what to do when certain problems popped up. There were errors about missing colors for products, tax, you name it. But the one problem which took the longest was called “invalid data structure”. Basically, Google needs to read the data from your product page properly in order to display it. I taught myself some programming in order to understand the problem, bombarded the Shopify support and searched the depths of forums about the cause of the problem. In order to solve these problems you had to “submit” the Product Data Feed again, which took about a day, which set me back even further on my goals.

For most problems, it wasn’t that hard because of the instructions and documentation from Google about navigating the problem, but I did have to change some code in Shopify, which was quite annoying. At this point, I was canceling my ski lessons to figure it all out. As you can imagine, my boss was not too happy with me. When I finally sorted the mess out, seeing the empty diagnostic feed was like Gandalf looking into the light. I felt accomplished and I thought this was the end of my troubles.

“24 Hours” they said. Max 24 hours it would take to verify my products if I had no open problems, which I didn’t have. My partner had been successfully working on our Facebook Ads, meanwhile, I prayed for Google to just verify my products so I could start selling. I couldn’t do anything to speed up the process, so I went skiing. I went skiing on Friday too.

It was now 40 hours later and I didn’t have one product verified. My colleague started selling on Facebook and Instagram and we had the first sale by Sunday. Over the next week, we had about 10 orders per day with a crazy high order value. He wasn’t exceeding his budget, but exceeding the results we thought were possible. On the other hand, I couldn’t sell one product until they were approved. I was calling Google support two, three times a day, sometimes on the slope while having ski lessons. The answer didn’t really vary that much. They said I would be put into the priority line for the review or that Google staff would look into the problem now.

As I mentioned above, we had predefined a budget for both of us and set our goals. The goal was selling 1,000 units in 2 weeks. In the end, we sold 850. Thanks to the Google merchant Center, I couldn’t sell a single product over Google Shopping. The day the deadline was reached and our supplier was no longer sending out our jeans anymore, guess what? It got approved…

As I was sending my friend the photo of the approval of the products, he just laughed.  We were so close but yet so far away from reaching our goal. The frustration was enormous. We could have reached our goal with ease if we both were able to sell our products.

In the end, it was a big learning experience for us. We lost our supplier, which we had worked with for 2 years, we failed to reach our goal of selling 1,000 units and we just couldn’t continue the store.

A few things I really wish I had known before starting that I hope will prevent others from making the same mistakes:

Looking for a great tool that will make the process easy and painless? Check out emarketing to get started for free today!

What is Shopify? – A Beginner’s Guide

Why You Shouldn’t Use Google Smart Shopping Campaigns

There are two types of ecommerce merchants in the world – those who ...

Google sent out an email recently… What changed? Previously, users had to manually ...

Google Shopping Ads are Winning the Race to Conversions

Budgeting for Success: How to invest in Google Text & Shopping Ads

Is it Google Ads, Google Adwords, or Google Shopping?

What is Google Shopping?


Warning: Invalid argument supplied for foreach() in /homepages/43/d710493967/htdocs/clickandbuilds/WordPress/emarketing_blog/wp-content/plugins/suga-extension/widgets/widget-instagram.php on line 65